Amidst a heavy but relaxed police presence, Baroness Thatcher's funeral passed off peacefully and with dignity in the City of London yesterday. With a lack of planning on my part, I ended up on Ludgate Hill on the approach to St Pauls' Cathedral without any good vantage point and hemmed in on all sides by spectators and unable to move. As a result, almost all of my shots had to be taken unseen holding the camera overhead.

The atmosphere was more of a fond farewell than anything else with the crowds seemingly made up of passionate supporters, curious office workers, slightly bemused tourists and many former service personnel. There were very few protesters on Ludgate Hill that I could see and whatever my own views of the politics of Thatcher, it was the protesters that made for more interesting photo opportunities.

The crowds waited patiently with cameras and smartphones at the ready. 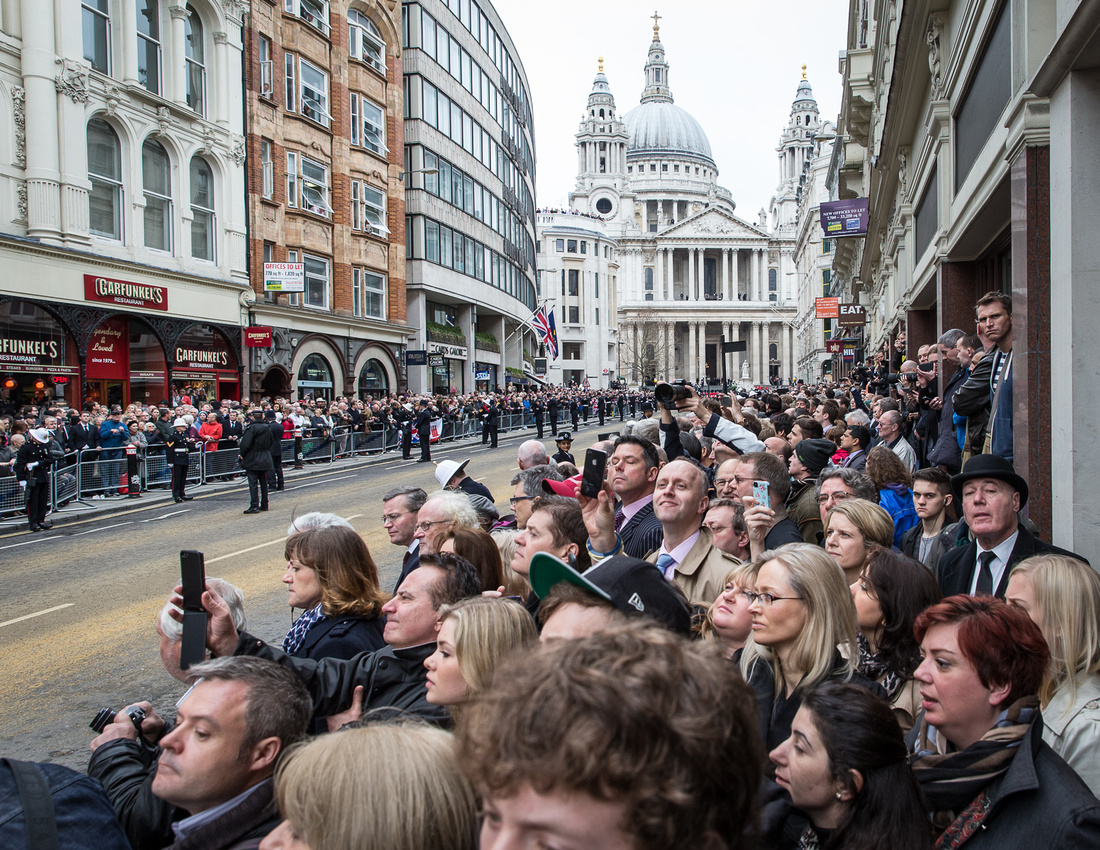 All under the watchful gaze of the police. 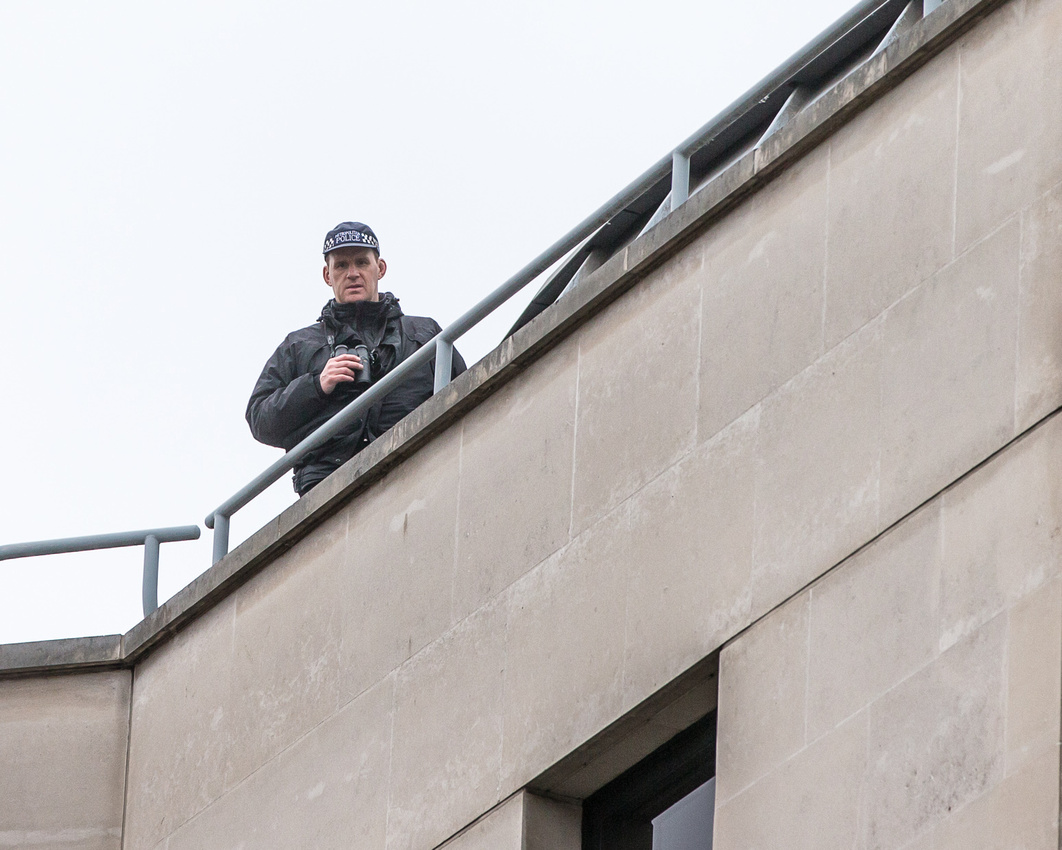 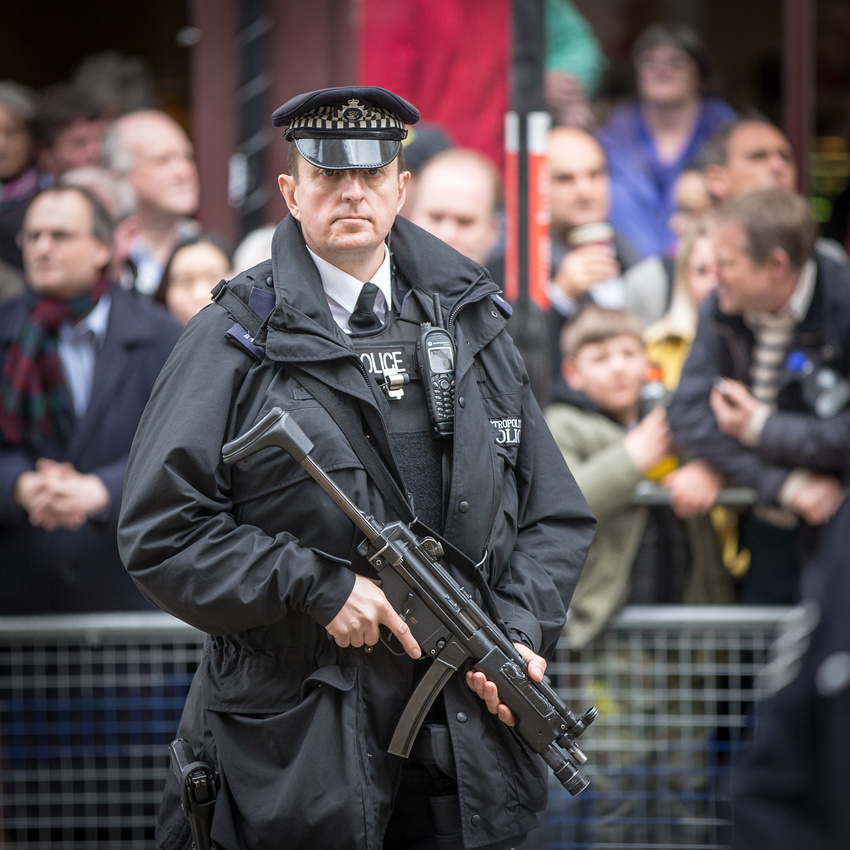 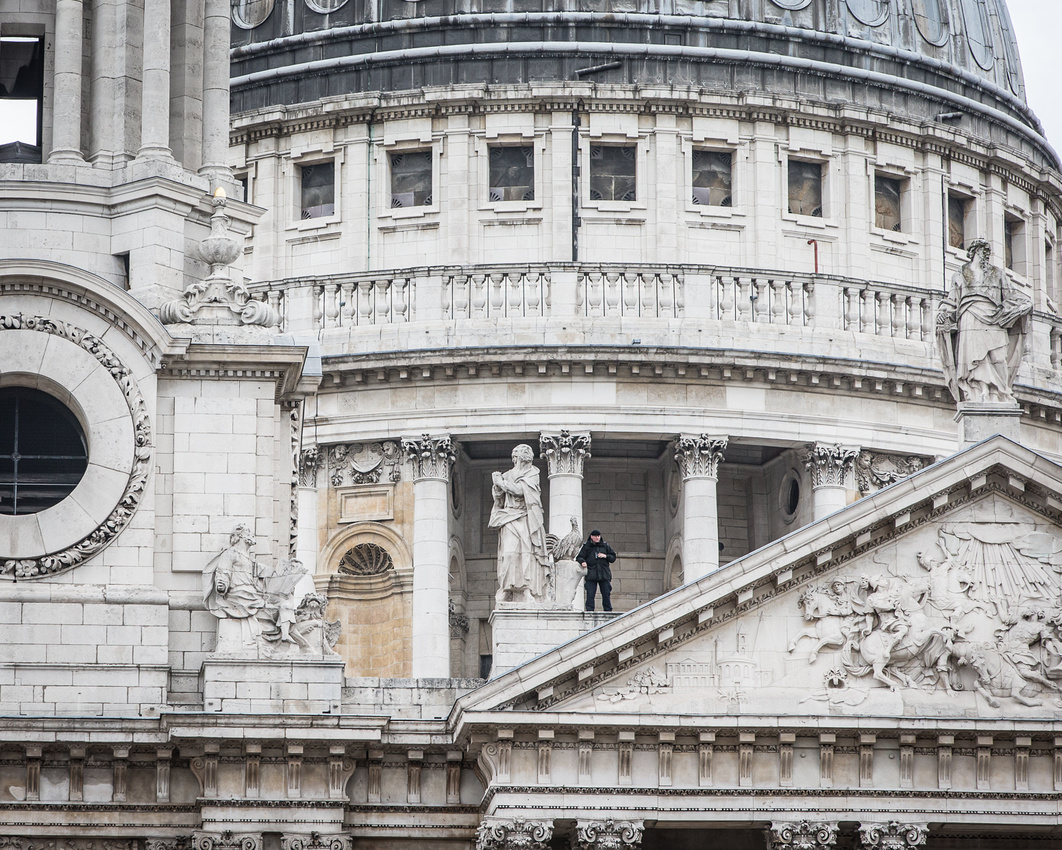 The approach of the funeral cortège was announced by a wave of applause passing up Ludgate Hill. 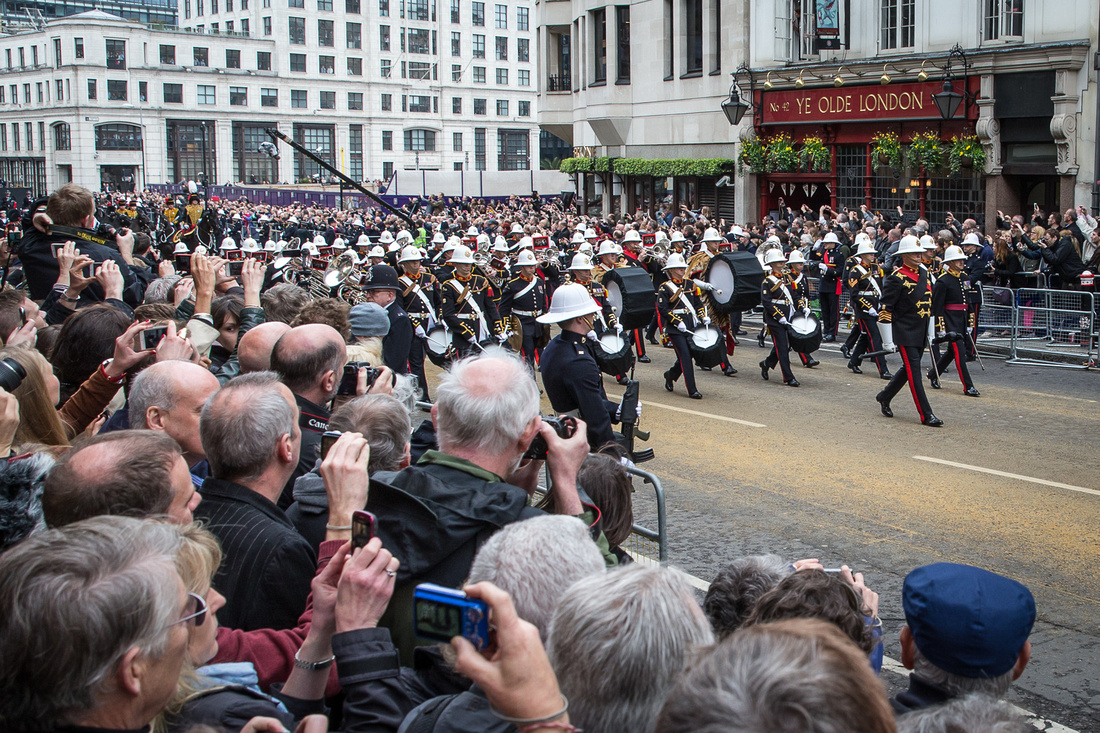 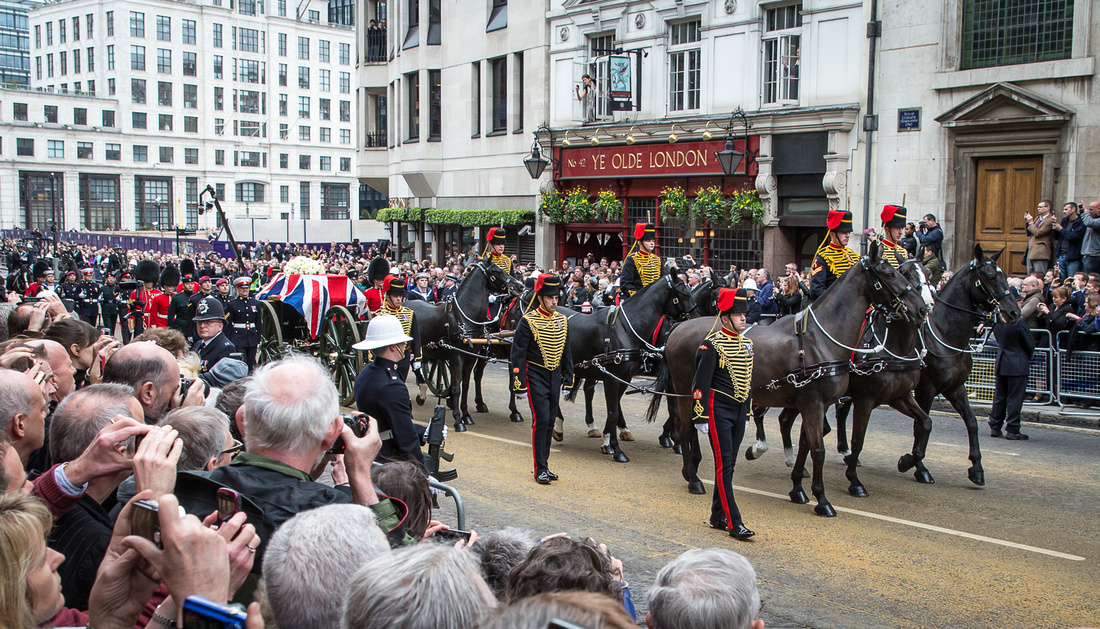 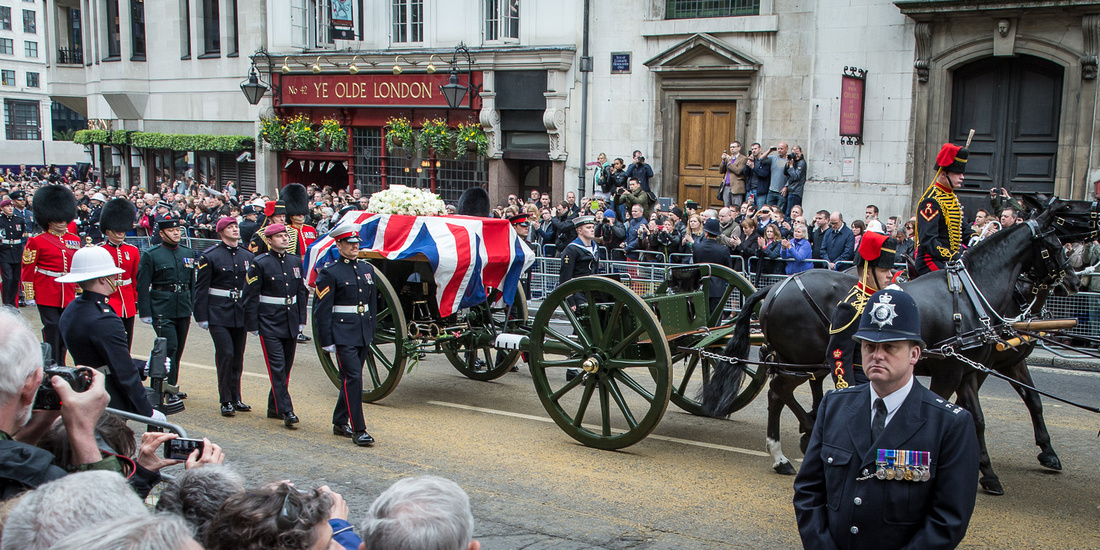 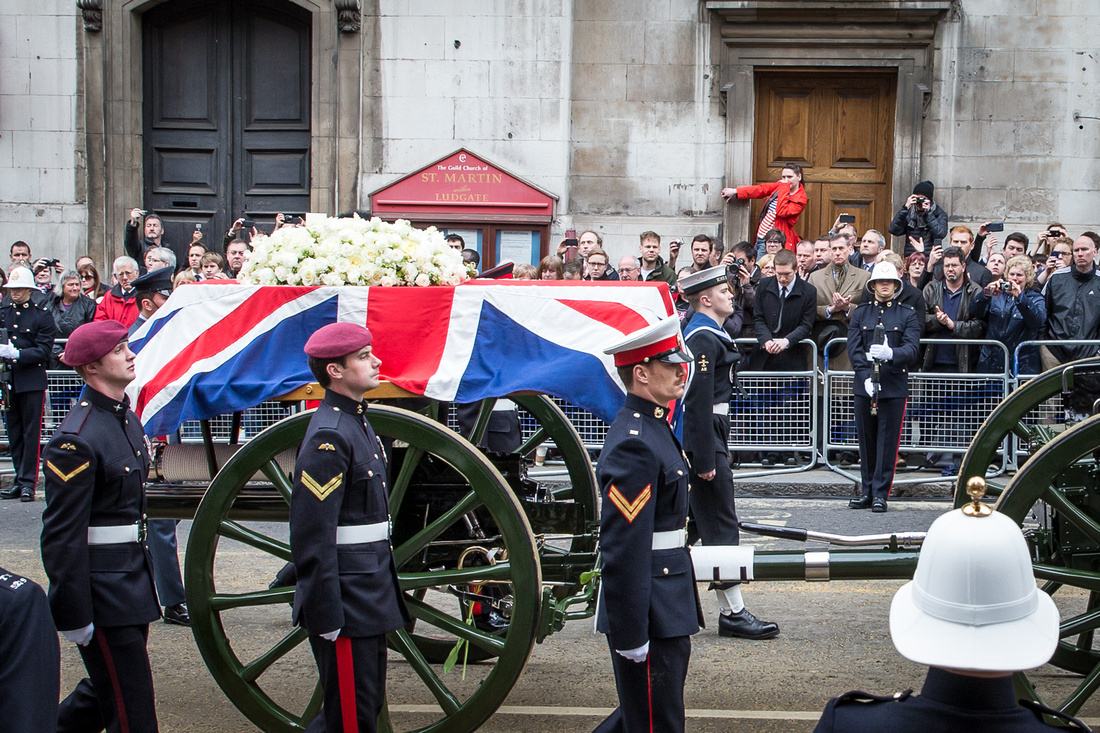 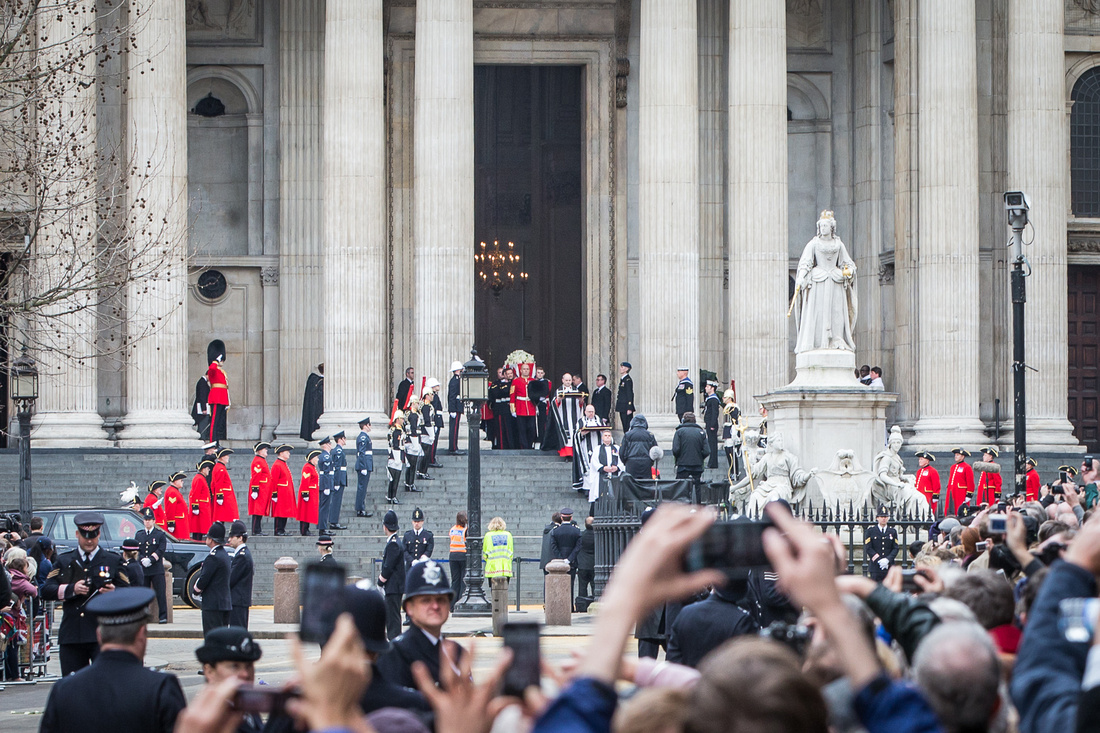 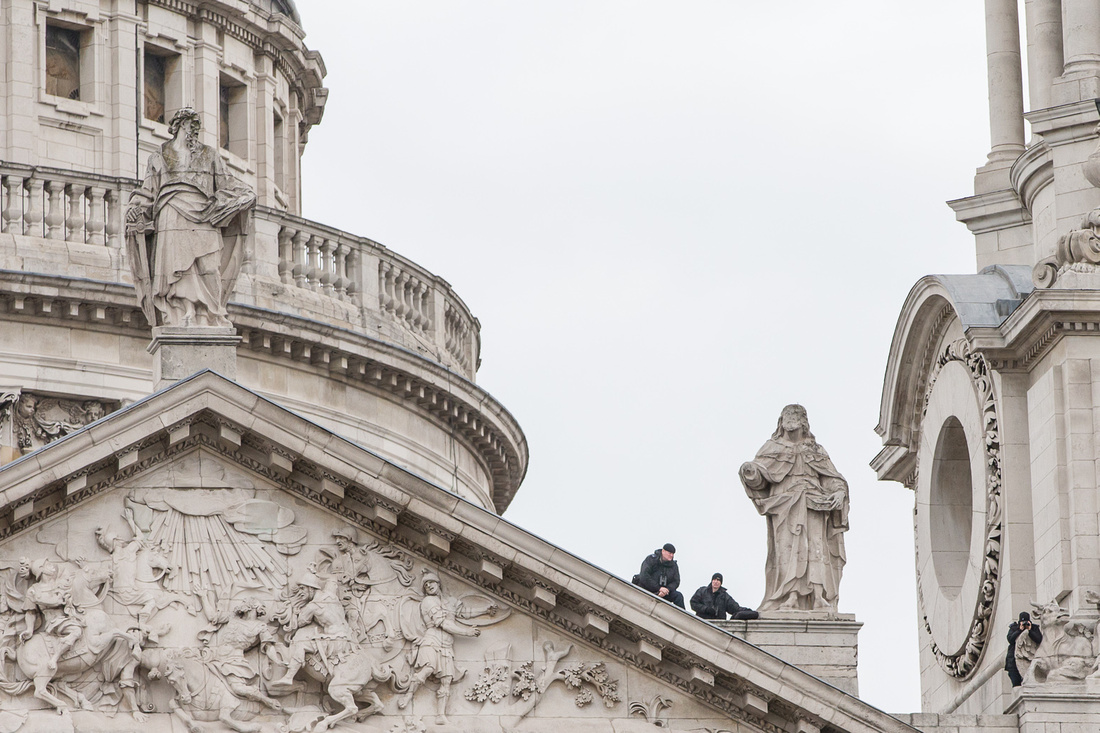 There were few protesters on Ludgate Hill and this one was not at all popular with other spectators. 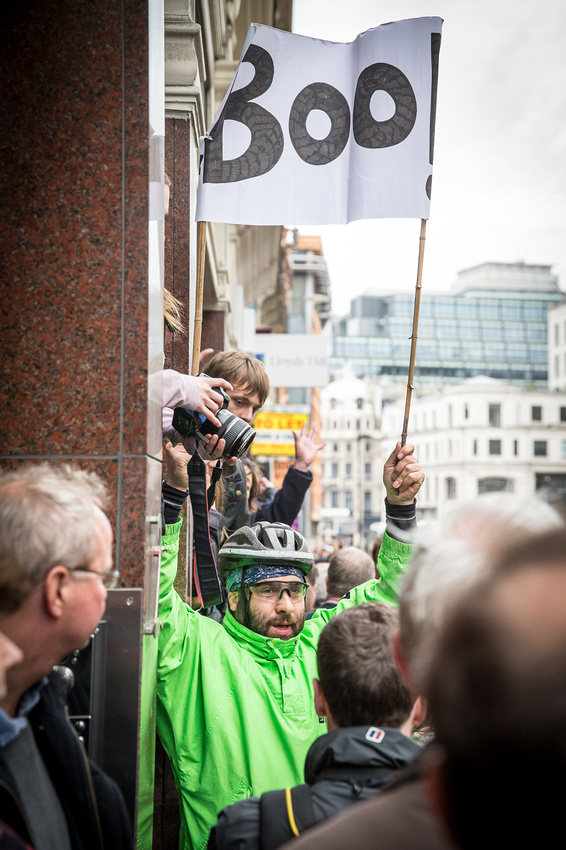 Most were silent protests. 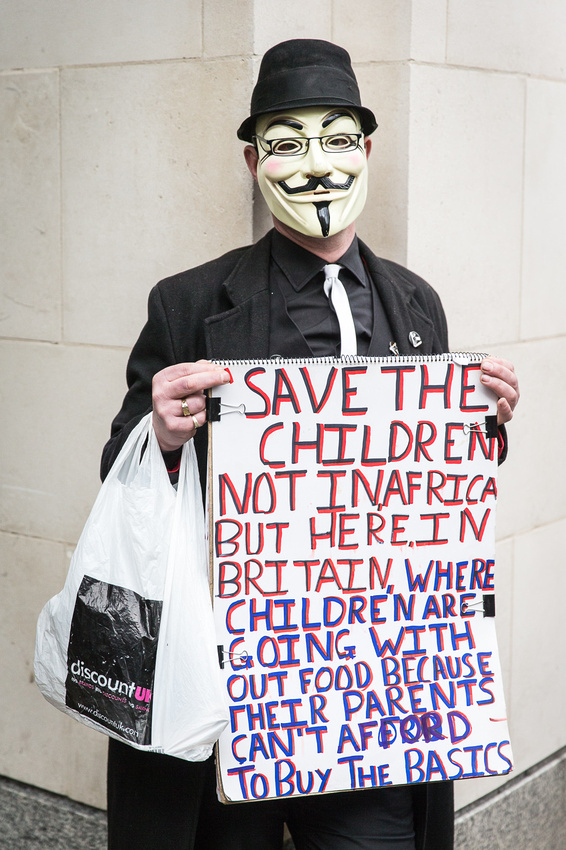 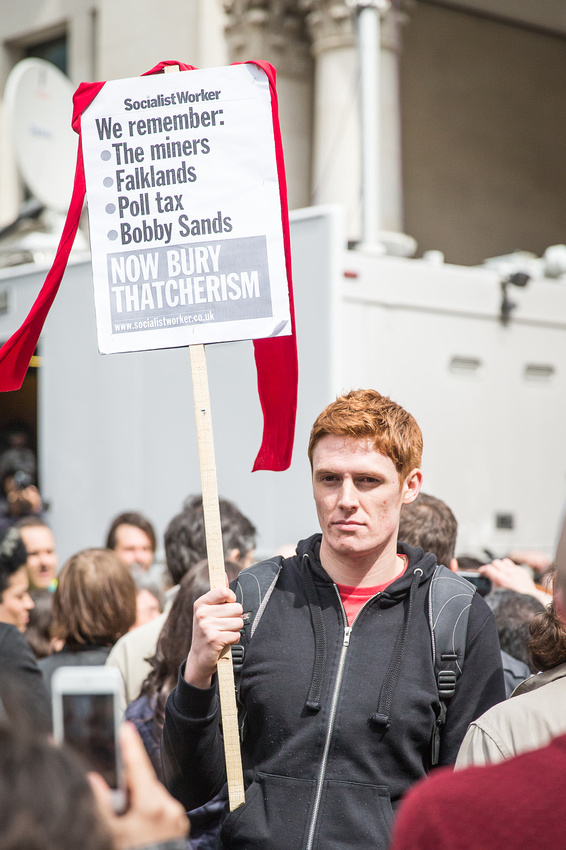 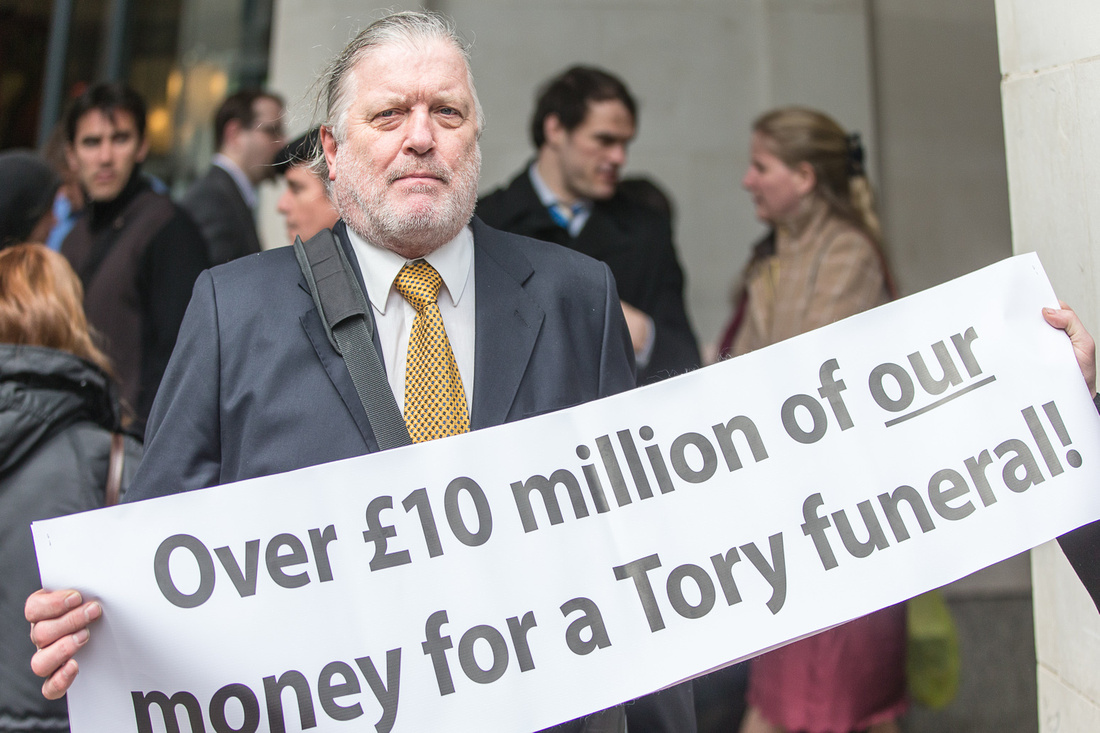 An animated street debate on the merits and legacy of Thatcherism followed after the funeral. 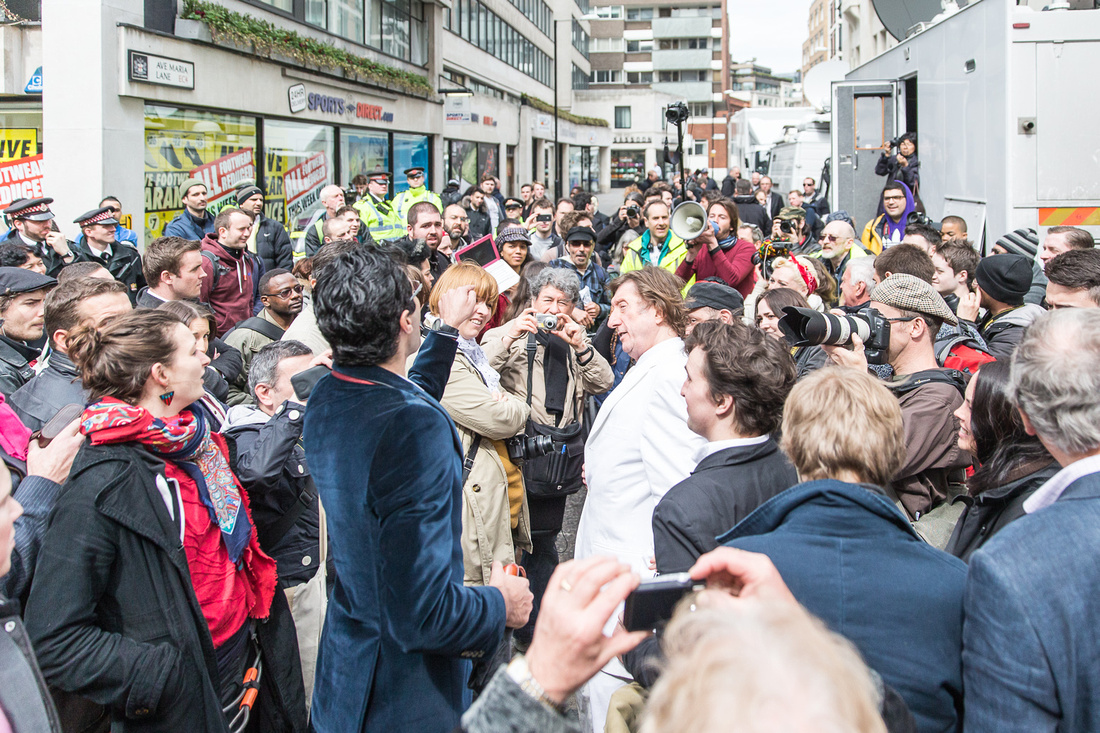 All just yards away from St Paul's Cathedral. 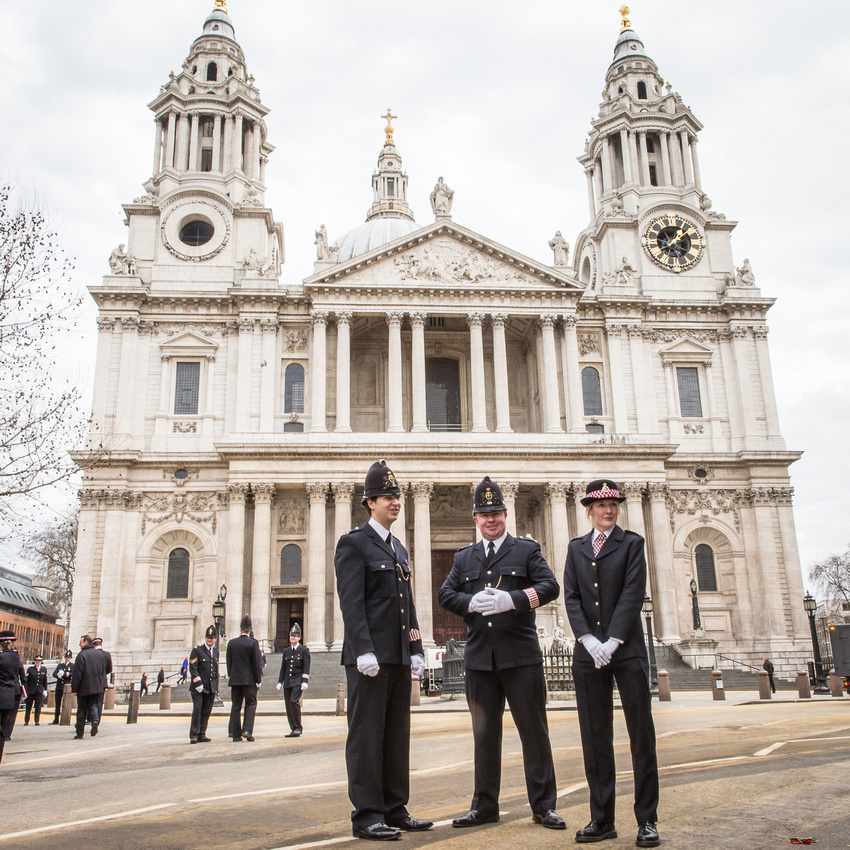